The Square bill crankbait was invented by Fred Young from Tennessee during the 1960s. In the early 70’s he sold his design for Cotton Cordell to mass manufacture his Big O crankbait, named after his “big” brother Odis who helped him field test his designs.

Since then, square bill crankbaits have seen ups and downs in favor among anglers. In Europe, they are part of the scene too but never got the attention they deserve. And yet, I can’t think of another hard bait capable of catching every predator fish like a square bill crankbait.

Well it’s all in the title, isn’t it? It’s a crankbait with a square bill. The body is bulky and rounded. Most good crankbaits have a high buoyancy, they float up very quickly. The reason for that is that square bills are built as contact lures, they need to go through potentially heavy cover. To avoid snags they need to be able to float back out very easily.

The bill is indeed square and is about as wide as the bait body. The bill serves two functions, give the lure its swimming motion and fend off snags. And that’s key, a square bill will not get stuck on hard covers such as wood or rocks.

A bait bouncing off cover sends a clear “runaway” or “distress” signal to game fish.  That’s why it’s so important, to hit as much cover as possible with your lure.

Typical square bill crankbaits run about one to two meters deep on an average cast. They have a very mechanical action, very predictable. Make sure you remember to do more than just cast and steady retrieve. The best solution is to try and have your lure come in contact with thick cover in shallow water. If none is available, make sure you stop your retrieve and mix it up with acceleration.

There’s a little secret out there among good square bill fishermen. A good square bill must hunt. It means the lure should track sideways slightly to the left then to the right. It usually comes from a manufacturer defect, maybe an off-balance internal weight, or a misaligned line tie.

Wood baits can have varying densities, but whatever the case may be, those baits are rare. So be on the lookout because when you find one it’s a gem!

A square bill crankbait is so efficient because it’s a fast bait. In fact, I can’t think of a faster lure than that. Legendary angler Rick Clunn said “if you think you’re fishing fast, speed it up!”; that was said when 5:1 what considered a high-speed gear ratio. So maybe it’s to be taken with a grain of salt nowadays.

But still, square bills are reaction baits, designed to elicit an automatic response from the fish. Therefore they can be fished really fast. It’s not uncommon to speed up the retrieve once the lure is past the prime spot, on the way to the next cast; and that’s when a fish bites. So don’t be afraid to experiment with faster retrieve than you might think. 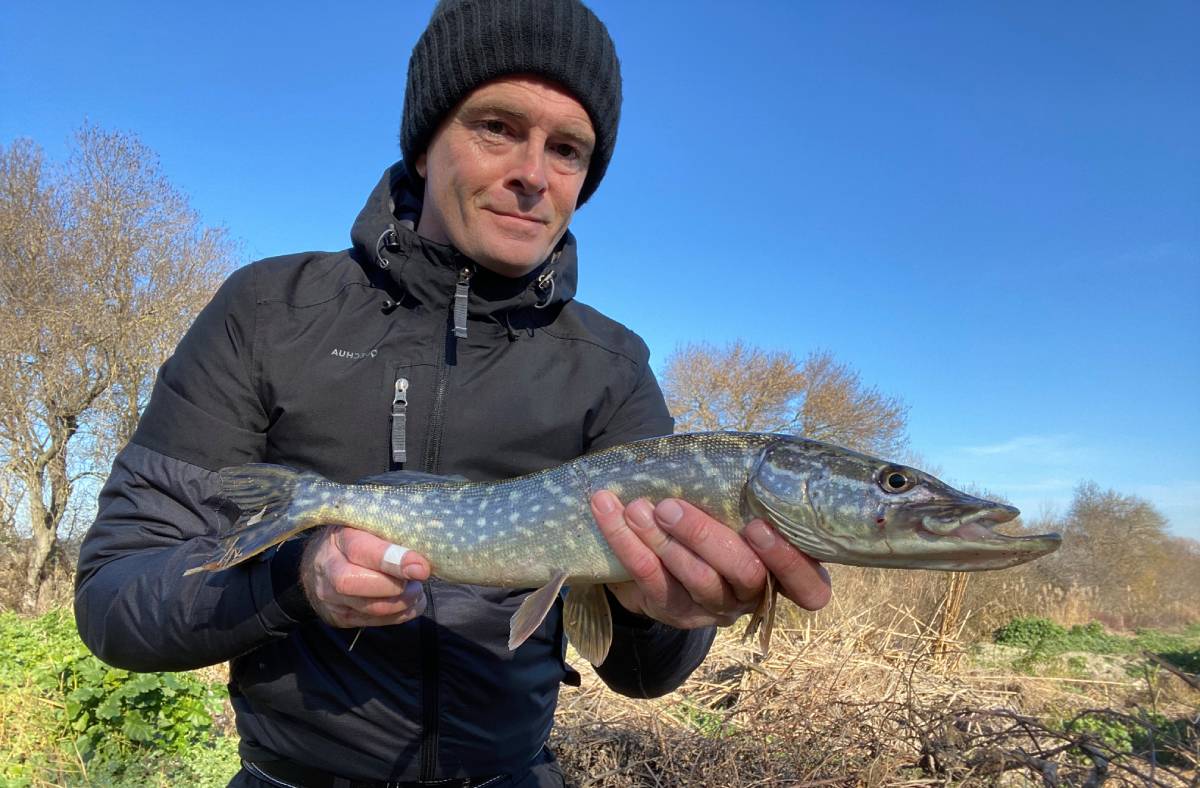 As with any lure, the general rule is clear water means natural baitfish color, and murky water calls for flashy colors. And that’s a valid rule, but let’s consider that the purpose of a square bill is to be a deliberate in-your-face sort of presentation. This is not a soft seduction, but more an “I dare you to stay put” kind of deal.

I always consider color in conjunction with the size of the lure and the speed.  For example, in colder water, I’ll want to use a larger bait, and fish slower. I will therefore select a more natural color. In very clear water I’ll choose a semi-translucent color. For stained water a blue back classic baitfish pattern and maybe plain white or sexy shad in murkier water.

In the summer, however, I will fish faster and with a smaller bait. So now the sexy shad color will be my first choice in clear water. For stained water, I will try a firetiger or another bright colors. Always start with visible colors, and downgrade to more subdued hues if the fish hit short or follow the bait.

If you look at a square bill from the side, most have a strong rolling action. It means they’ll roll on themselves and show alternatively their back and belly. It makes sense to have lures with a lot of contrast between the back and the belly/side. For example, yellow black back, and blueback chartreuse are some of the best square bill colors.

There’s much debate about that question. Essentially we are facing 3 options: rattle-free (not silent), multiple beads, and one knock sound. The first option only means there’s no added source of sound. But fish a bait long enough and the marks left by the hook leaves little mysteries about the sound it must create. So there’s no such thing as a silent squarebill.

I tend to think it doesn’t really matter one way or the other. That being said, I will try to put myself in the fish’s “shoes”, so to speak! Is it easy for the fish to find my bait? If I’m fishing sparse cover, banging the lure on hard bottom on a quiet day with good visibility, I’m not sure what rattles are bringing.

On the other hand, around grass, if the bottom is muddy, or if there are other noise sources (lots of boats on the lake, rain, wind, and so on) I will want a lure with a rattle.  As for rattle type, multiple beads will better imitate baitfish pods, and one knocker is for crawfish clicking away.

As we said, square bill crankbait is a fast-moving covering a lot of water kind of tool. Put that trolling motor on high and fish away. Well yes but sometimes it pays to be a little more thorough. What I mean by that is that if you come across a better spot and you’re convinced a fish is there but didn’t hit the first time, hit it again.

It’s not unusual to catch a fish after multiple casts. Change your angle and cast again and again. At some point the fish is going to lose it and bite.

Check your hooks, after being banged on the lure body and rocks, maybe, the point might become dull. And since it’s a fast pace technique, the fish don’t always have a good grab at the lure and it really pays to have fresh, new hooks. I often replace stock hooks with short shank one size up brand new hooks. They are better at keeping on and avoiding losing good fish!

Do not use braided line, one because you’ll come home with a bad shake and because you’ll lose fish. Don’t be afraid to use heavy lines, this is a heavy cover technique. About 40/100th (20lbs/test) is perfect for rubbing against wood and grass all day.

My hope now you want to try fishing with square bill crankbait. I pretty much always have one tie on. I use them for chubs, bass, pike, and perch. I’ve caught silure/catfish and the occasional zander with them. They are fun and easy to fish and get bit year-round. Stay tuned for great advice on fishing with the best lures!