More than anything else, timing in fishing is probably the most important element to take into consideration when preparing a game plan for a fishing trip. Fishing is about being at the right place at the right time. These two considerations go hand in hand and timing is probably the most elusive and intangible. We all know what a good fish-holding spot looks like, what does a good time looks like? That’s a bit harder to define, and that’s what we’ll be talking about in this category, a fishing calendar so to speak.

Fishing changes according to the four seasons, and the fisherman needs to have a macro vision of what the fish are doing at each season. By the way, I would correct the previous statement and keep in mind that there are actually five seasons in the fish’s world: summer, autumn, winter, spring, and spawning season. Even though it usually happens in spring, it has a different set of influences than spring.

Fish are cold-blooded creatures, meaning their body temperature is identical to the water temperature. For example, it means the fish are never “cold” the way we understand it. But the water temperature will affect the fish metabolism; how fast they will digest food and how often they need to feed. Water temperature affects the dissolved oxygen content in the water, which means that depending on the season, deeper waters can be more comfortable than shallow water and vice versa.

We should keep in mind that season affects both game fish and bait fish alike. Game fish feed on smaller fish, and maybe a season change will have little intrinsic effect on game fish but will affect baitfish and therefore will force them to change their behavior. In other words, the fisherman needs to take into consideration what is happening to the whole ecosystem in his body of water and not just look at his favorite game fish.

If you’ve fished a tournament or fished with a large group of anglers, you may have noticed that most participants have caught most of their fish at about the same time. It is difficult to understand what forces drive these lake-wide feeding times or fish activity peaks. But it’s fairly easy to observe. I believe light conditions have a lot to do with this but often factors must be driving this phenomenon. Wind, current, water temperature, and much more, that we as humans cannot sense.

This obviously must be crossed referenced with the season, a bright calm sunny day will or might make for good fishing days in the winter but not so much in the summer. After all, what is comfortable for us might be harder for the fish to enjoy!

The moon’s influence has been the topic of many discussions in the fishing world. Some influential anglers such as the late Doug Hannon have released a solunar theory compiling the effect of the moon and the sun. This is difficult to evaluate and make an opinion. It is obvious that the moon has an influence on the saltwater angler and fishing at high tide or low tide is entirely different.

This topic will be worth an entry on and of itself, and maybe more than one actually, but in the meantime, let’s just dispel a common myth: “the fish didn’t bite today because it’s a full moon and so they are feeding during the night and resting during the day!” NO, they don’t! First of all, a full moon doesn’t mean the moon is in the sky at night, the moon can be up during the day. Then the night could be cloudy, hiding it entirely. And finally, most freshwater is stained or murky, and the shy light from the moon would be visible maybe a couple of centimeters under water if at all.

Alongside with the moon, the weather is first and foremost a great supplier of excuses for failure. The fish didn’t bite today, it was too hot, or too windy. Who hasn’t come up with these excuses? I certainly have. However, there’s some truth to that. Yes, the weather has an influence on the fish and a big one. If the weather makes the bite harder at times, it also brings a great time as well.

I believe the weather affects us more than it affects the fish. After all when it rains the fish don’t get wet! But it would be foolish to deny the influence of the weather. Typically shallow fish are more influenced than deeper fish. For example, bass reacts more than zander both positively and negatively to changing weather conditions.

We can’t control the moon phase, the weather, or the season. But we can control how we fish, and timing in fishing is exactly that. When should we go shallow? When is the right time to throw a topwater lure?

Anglers often focus on the lure or the fishing spot. What if that was secondary? Fishing a shallow weed bed with a spinnerbait, yes but when? Will that be productive only in the morning? This is the kind of question we should be asking ourselves.

It is easy when the fish are biting. But what about when they are not. You are fishing a good spot, everything seems lined up perfectly. You know the fish are there, that lure is the one that makes the best sense. And yet, no takers. What should you do? Leave to find better luck somewhere else or stick around. It probably is just a question of timing. The fish will probably turn on eventually. But then again, the fish might be biting somewhere else. It’s important to learn to balance perseverance without falling for stubbornness.

Timing is also about how fast you’re fishing. A fast running lure can draw reaction strikes, but sometimes fish need more time and you need to soak the bait and let it sit a good while. Those are some of the questions we’ll be addressing in this category.

Whether it’s the season, the moon, or how fast you reel in your lure, timing is everything in fishing. Opportunities are the rarest and most valued commodity, they need to be recognized and seized upon. The most important in fishing is to have a plan, and do what you do for a reason. Check back soon as we’ll be adding new tactics and strategic information to make the best out of your time on the water. 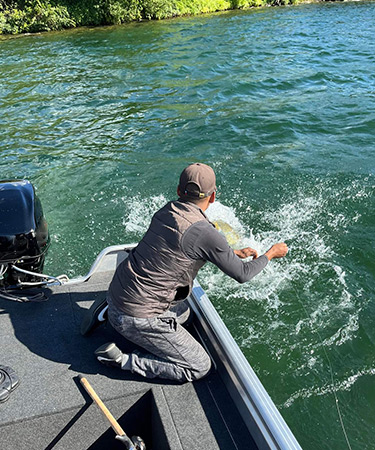 Summertime fishing is probably the best time of year to be on the water. Days are long, the weather is nice and stable and we have more time to spend fishing. Whether it’s summer bass fishing in the sea or freshwater, this is when it’s happening. And yet, many experienced anglers look down on the...Read More
Romain GrimaldiHow to fish ?, Timing in fishing 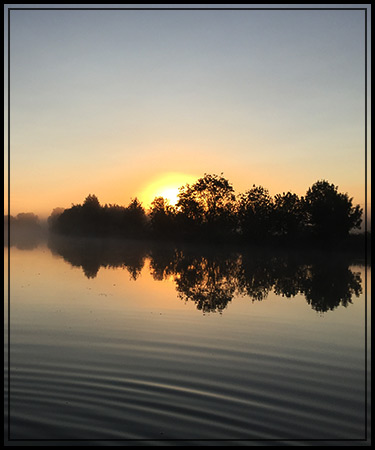 Even people who don’t fish have the mental picture of fishermen waking up long before dawn for the legendary morning bite. Is it really worth it? Is driving up to the lake in darkness and launching the boat during the twilight hours really worth the effort? Wouldn’t it make better sense to wake up at...Read More
Romain GrimaldiHow to fish ?, Timing in fishing 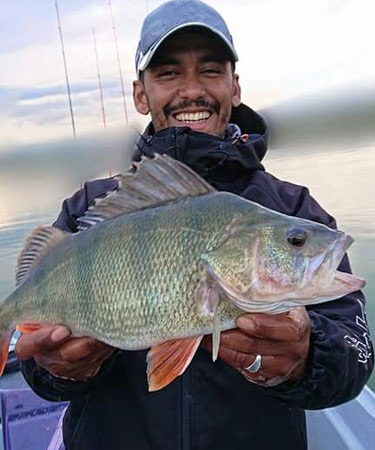 Lipless crankbaits, how to fish them?

Lipless crankbaits hardly deserve to be called crankbaits. Diving crankbaits are floating lures with a bill or lip that force them to dive upon being retrieved. Lipless crankbaits on the other hand are sinking lures and don’t have a lip as the name implies. They are worked with a combination of rod tip movement and...Read More
Romain GrimaldiBest Fishing Lures, Fishing Tips and technique, Freshwater fishing, How to fish ?, Timing in fishing 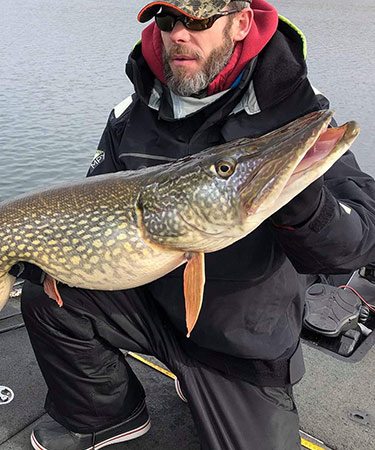 Jerkbait fishing for every season

Jerkbait fishing is probably one of the few techniques that actually looks and behaves like the real thing. It is a visual lure, it usually has subtle rattles so it truly is a multi-sense lure. Jerkbaits are fast-paced high-energy fishing. No time to wait and slack, it’s a great search bait to cover lots of...Read More
Romain GrimaldiBest Fishing Lures, Fishing Tips and technique, How to fish ?, Timing in fishing 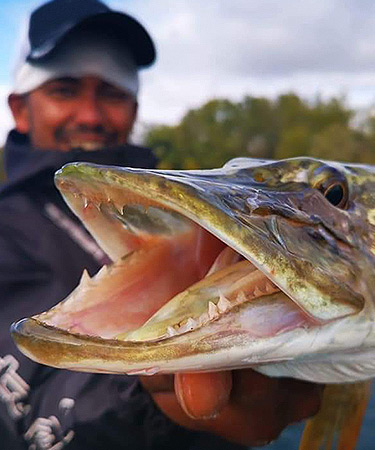 Fishing in the spring, the greatest and worst season !

After the grueling winter month, fishing in the spring feels like a re-birth, for us, the lakes, and nature in general. As warm days raise the water temperatures, all the fish will spawn.Read More
Romain GrimaldiHow to fish ?, Timing in fishing 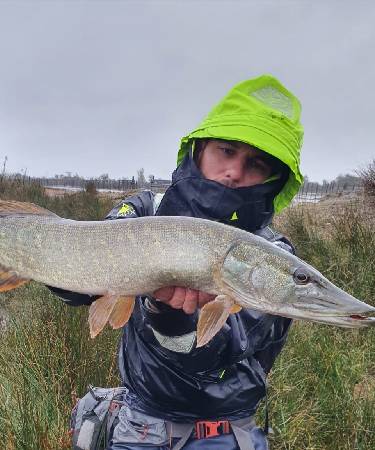 Spinnerbait fishing : what every angler needs to know

Spinnerbait fishing is an import from American bass fishermen. They needed a snagless lure for fishing the recently impounded reservoirs in the early 1960s. These lakes were full of wood from all the trees that were present when the land was flooded. Inline spinner baits were known to catch fish but would get constantly hung...Read More
Romain GrimaldiFishing Tips and technique, Timing in fishing 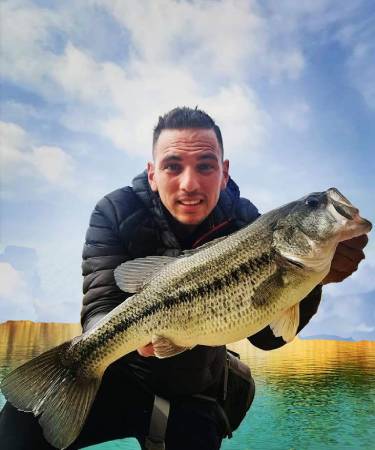 Too many anglers consider bass fishing in winter as an insurmountable challenge. They think of bass as a warm water fish. They conjure up in their mind images of Florida and Louisiana Bayou. They give up in favor of other fish species once the water drops below 20°C.Read More
Romain GrimaldiFreshwater fishing, Timing in fishing, Where to fish ?